All of you who stop for a visit, read my missives, then leave me notes of joy or wonder, know that I am grateful for you beyond measure, beyond words.   The gifts we have received of writing, reading, being able to share with each other on this heartfelt level will surely shift the world.  Gratefully, I say a prayer for you all.  May we all know a world of peace.

Showing off my newly tan legs with

My mother used to say

“…class can’t be bought or taught.”

Then she was Romanian,

Where gypsies were mysterious and a little (or a lot) naughty

who wore white suits in winter and fedoras for all seasons.

Special women’s traits, those female traits that are your birthright

That you carry on your shoulder

With your legs wrapped in Brahmin toasted almond

First remembering to spray lemon ginger essence on your wrists and

Behind your ears, and other places unmentioned

painted toes, than a closet full of espadrilles.” ~ the 1975 Sara Fryd

I received this anonymously from a friend.  I did not write it.  It’s pretty great.  So to whom ever wrote this THANK YOU!

You evoke a strong emotional response in others, I believe,

both men and women.

You are not a women about whom people say, “Sara?  Now,

No, you are not doomed to facelessness or the colorless

transparency of a faded negative.  You are vivid and vital

so glory in it, take pride in having an impact.

on fire with her smile.

My incredible friend died June 2017.  I miss her every day.

And all of the colors in between.

Don’t try to cheer me by saying things sweet.

Just be real quiet, bring me chocolate to eat.

I don’t want to be fixed, just leave me alone

If I need you I’ll find you or call on the phone.

I’ll send you a fax, a text or e-mail

I’m not an elephant, I don’t have a tail!

Give me a time-out to take care of my blues.

Listen to music, or play with my shoes.

Everyone needs to be sad now and then

Some time to reflect by counting to ten.

Can feel all my hurts and not feel so bad.

If you give me some time to sort it all out

To sulk, to get angry, and even to shout.

I’ll soon come around and be my old self

All smiling and happy with blues on the shelf.

© by Sara Fryd All rights reserved.

Of the playground in our backyard

With no place to go

I watch with morbid curiosity

Building castles made of sticks,

A world generated of thoughts alone

Filled with twigs and rocks and lost Legos

Recently found in the oleander bushes

To protect the drawbridge

From so many dragons

Living at the edge of the pond

Destroyed in one fell swoop

With sounds of “dinner in five minutes”

Emanating from the kitchen window

Sounds from the back of our house

*for Neave and Bodie

Last year my neighbor had the most exquisite chimes. I loved the sound, waiting for them to ring throughout the day and night.  The chimes would let me know when the wind blew down the sidewalk from the gate to the Oak Tree.  My own wind tunnel where it was always cooler when I walked than in the direct sunlight.  After a year, my neighbor bought a house and moved away.   I so missed the chimes that spoke to me so often, telling me the stories of the wind.

One day I decided to check an Amazon ad to see if there was a chime I could hang that would talk to me the way the previous one did and sure enough a few days later I found a really long one I could hang from the rafters with the help of a ladder.  Yeah, there was a ladder in the storage room.   And then I saw my yellow bell and added it to my artistic corner collection.

I began to listen to the chimes again realizing right away that the new chimes didn’t clang, they whispered.  I had to listen really well if I wanted to hear them.  Apparently so did the little red and white flowers.  Because for the first time since 2013 the bush near my front door grew flowers.  I’d like to think it’s because the flowers wanted to hear what the whisper chimes were singing, so they bloomed.  Probably it was because Blake gave them so much water and food they were really, really happy.

When the pandemic began, a wonderful friend brought me some books from the University of Arizona library which he thought I should read and I didn’t want to.  They were written a few years earlier.  Scary reading about pandemics and such.  I couldn’t get past page 3 and that’s not like me.  Usually, I’m thrilled to have something new to explore.  Delightful friend that I am, I figured when you get to be my age, you can do whatever you want.

When men want you to do something, they never give up.  A week later I get another of Annie Dillard’s books “For the Time Being” and promptly fall in love.  When that happens I devour the book like gelato at the top of La Encantada.  I find a paragraph that so speaks to me, I need to answer back.  The feeling is visceral and immediate and that part of me that wonders about everything is wondering why I’m reacting like this.

It’s the lack of hugs.  I can no longer touch the people I want to touch.  The words are on page 135 in Annie’s book.  I can’t quote them because I don’t have permission.  But when memories come they’re like an Arizona monsoon in August – powerful, wet, and deliciously cleansing.

As a senior at ASU I volunteered at the Jewish Community Center in Phoenix.  One Friday afternoon a man in a worn suit with a small suitcase came in.  He was so thin.   I called my Mother and asked if I could bring him home for Shabbat dinner.  While he was sitting on the couch he opened the suitcase, took out a book, and gave me a present of a book from the suitcase.  I do not remember the name of the book or the man.  What I remember most all these years later is the gigantic hole in the bottom of his shoe where the ball of his foot continuously touched the ground.

Everything I feel bubbles onto my face.  I am not much of a pretender.  As soon as I started reading Annie’s words on page 135 it all came flooding back like an August monsoon.

Any wonder when my Mother used to call, “It’s pouring, come in or you’ll get wet.”  My response was always, “Its okay Mom, I’m washable.”

Joy all wrapped up with a pink ribbon

Running down the sidewalk

Full to the brim

Once the sprinklers stop

With rubber bands standing straight up

Pointing at the sun whispering “warm me, warm me”

Let winter be gone, for here comes the world

Wanting to know what color the newly planted

We’re at Denny’s a couple Thanksgiving’s back with a neighbor who has no filter.  Sixty year old women are not supposed to ask sexual questions of the much younger waitress or dinner mates at Denny’s or anywhere else.  By the time you are twenty you should know how to speak appropriately in public.  If you don’t, you should pay attention and learn or remain quiet or stay home.  It’s neither cute, nor is it funny.

Television commercials are the best.  Way better than the shows they interrupt.  Imagine you are at a banquet table in a ballroom (at La Paloma Resort) for a fancy wedding of yesteryear.  The colors are sepia and cream and everyone is dressed to the nines.

Wolves are everywhere jumping from table to table, eating everything in sight when the actress playing the friend of the bride yells to another actor, “which one is his mother?”  I lost it.  My insides were laughing so hard I couldn’t contain them.

Geico’s advertising team are as smart as they are funny.  Probably deserve the millions of dollars they receive for 30 second slots.  Fifteen percent or not, now they’ve gone too far.  They borrowed my favorite one liner.  One I typically used with twelve year olds in another life when I was a school teacher.  Now I find myself using it at Denny’s and other places that serve dinner from 3 pm till 9 pm shown on a menu for 55 years old and older.  “Who raised you?  Wolves?”

I was at Trader Joe’s the other day and opened my mouth to the checker.

“Pharaoh Trump has clearly pissed off the Almighty,” said I.  “And look what has happened?  He sent upon us a plague.”

The checker(about 20) turned ash white, looked me in the eyes and said, “Do you believe that?  Really?”

“Yup, I do.  Absolutely, it’s the Old Testament come to life.  I wonder what the next plague will be?”

Poor kid, I should not have done that.  But I’ll bet he went home, hugged his Mom and looked up the Book of Exodus. 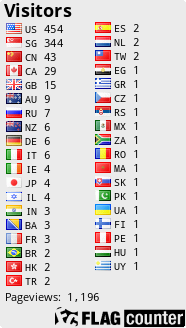